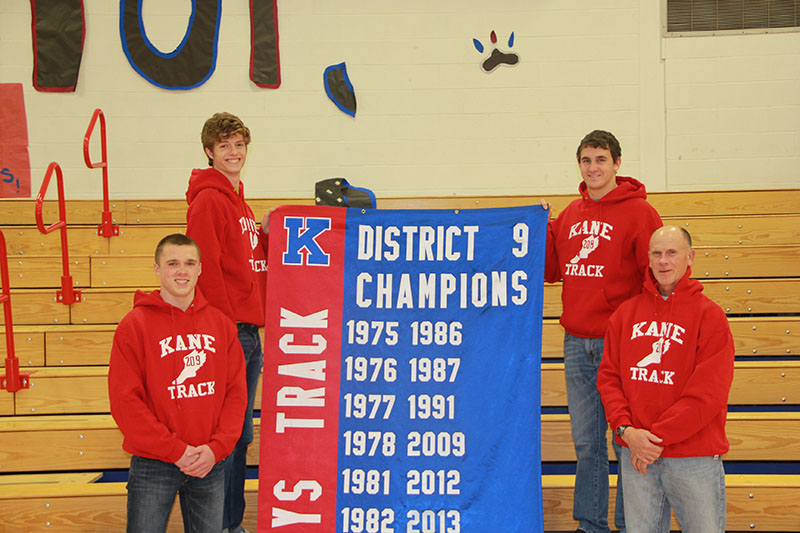 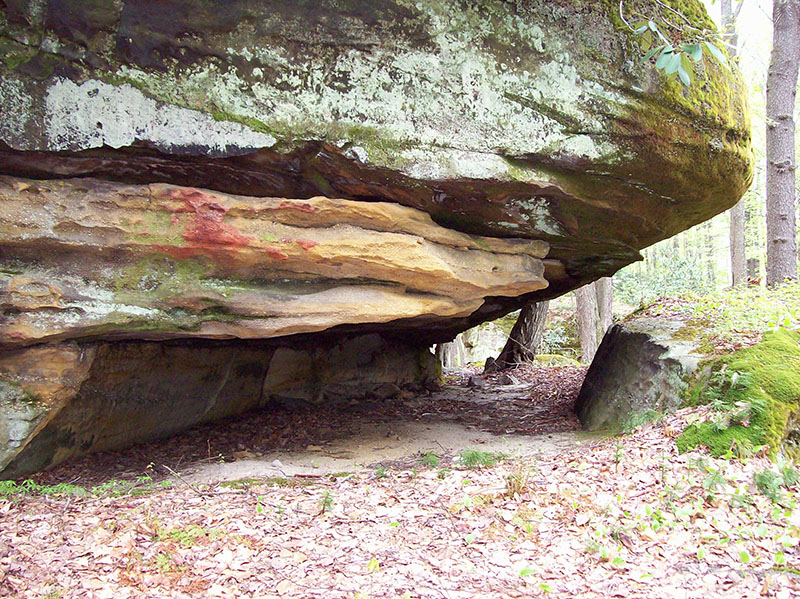 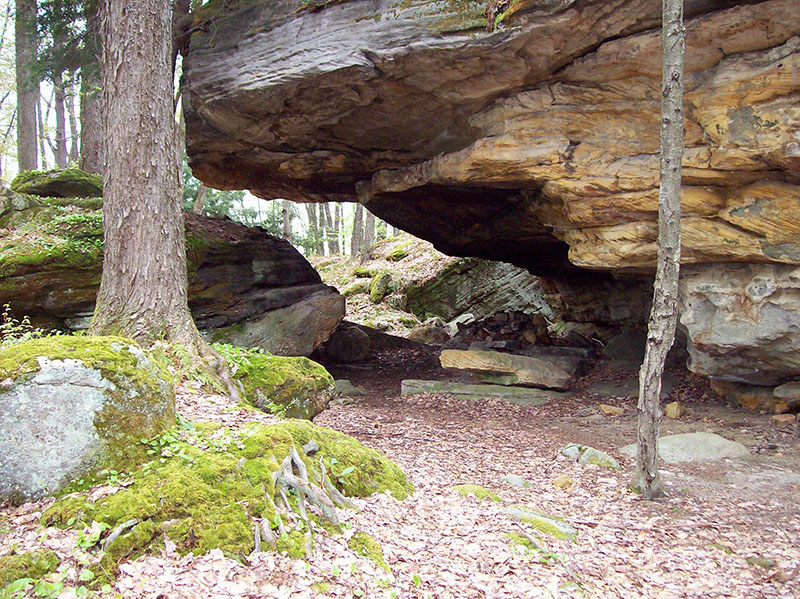 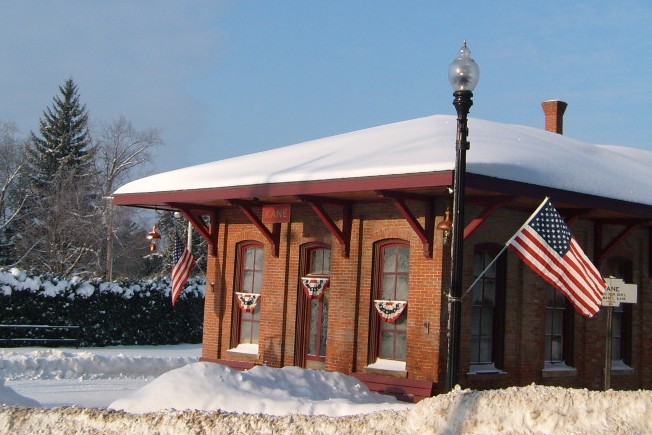 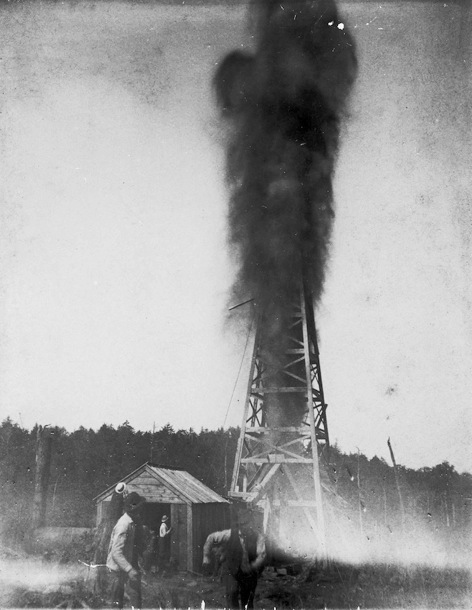 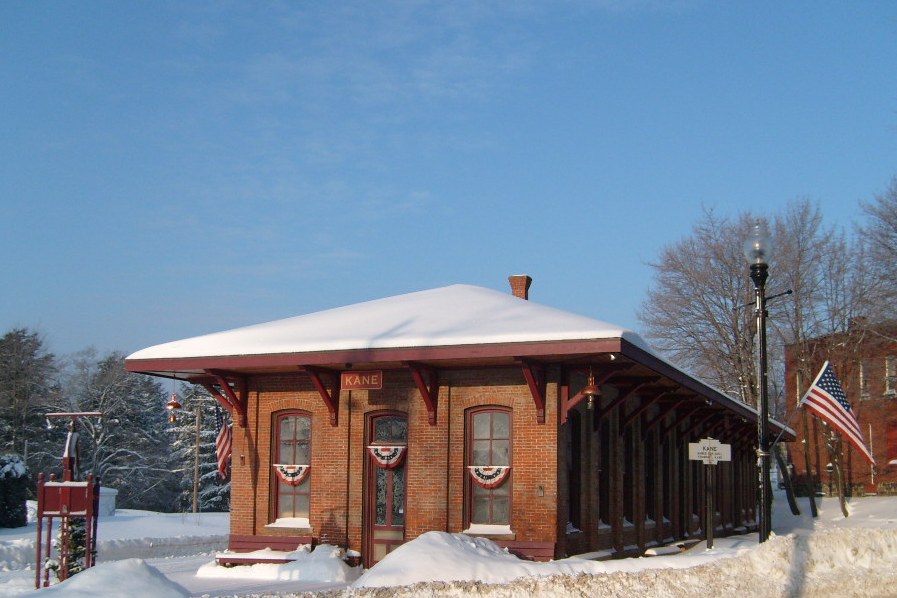 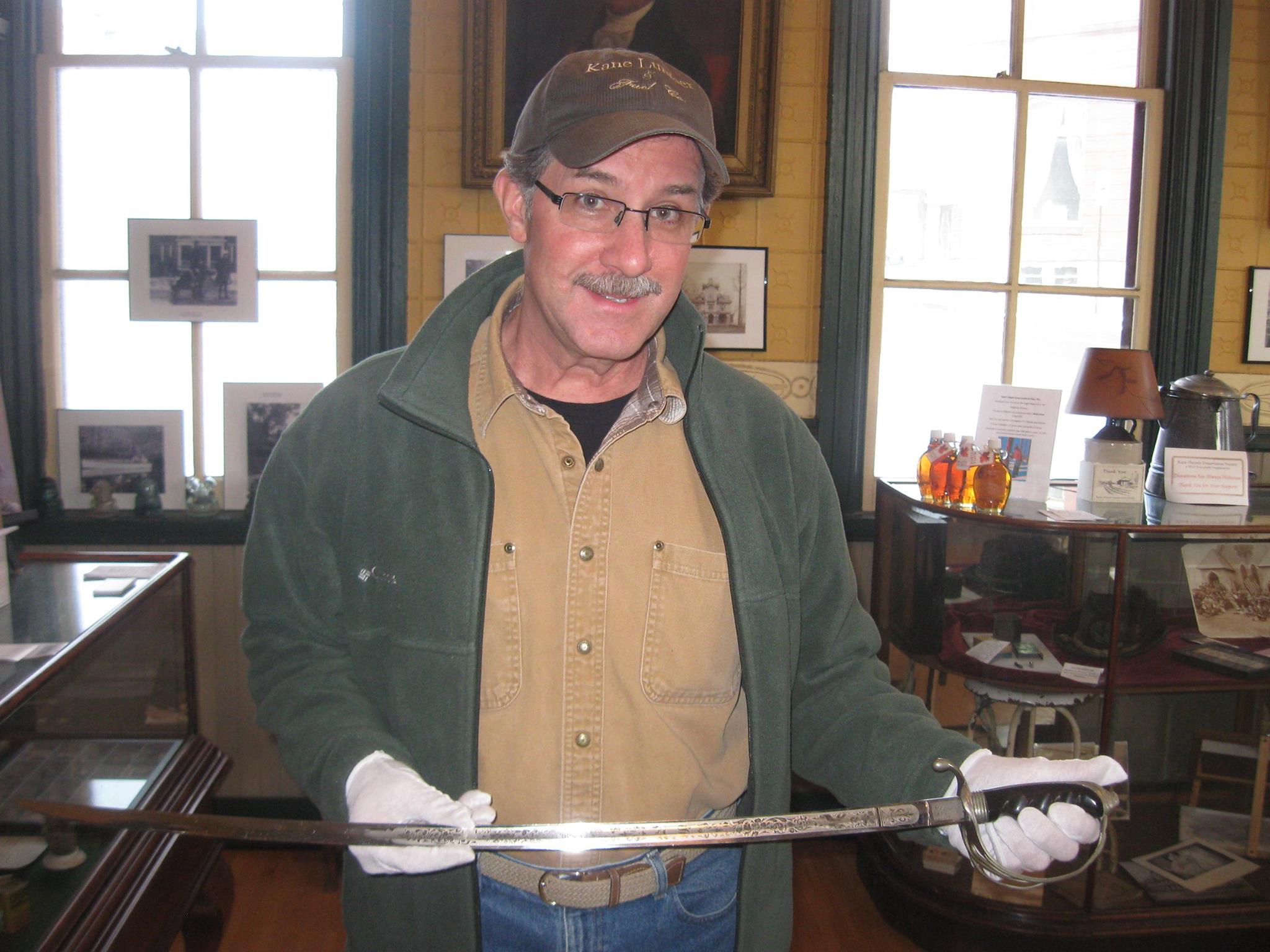 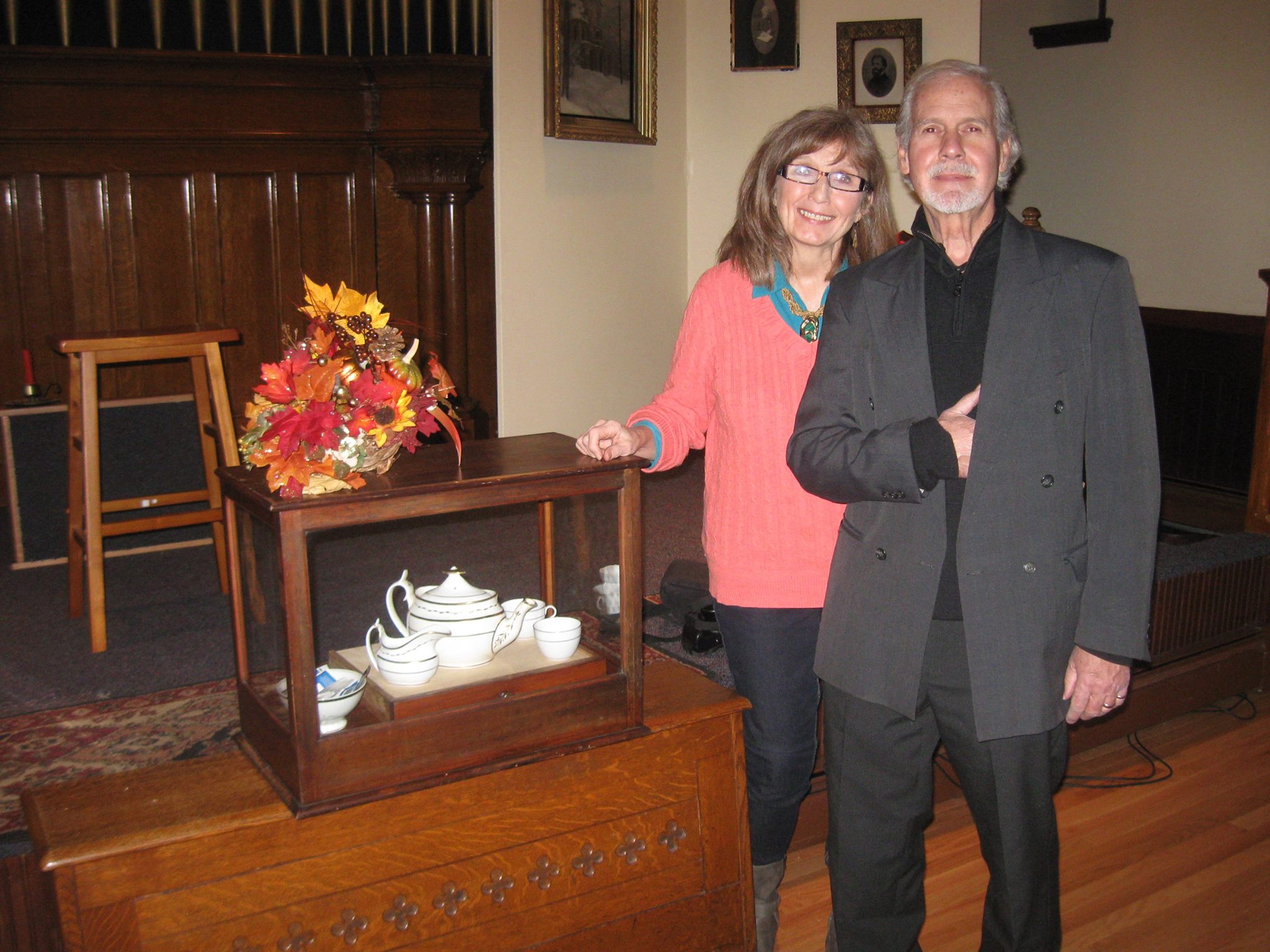 The community of Kane is located in the northern Allegheny mountain region of Pennsylvania. At the edge of the Allegheny National Forest this ‘star in the forest’ is at the junction of US Rt 6 and PA Rt 66.

General Kane first envisioned the settlement at a place known as Seneca Spring, near the present-day Kane High School. Before the town of Kane was settled the area was located on the Iroquois trail known as the Kittanning in the domain of the Seneca, a tribe of the Iroquois Six Nations. 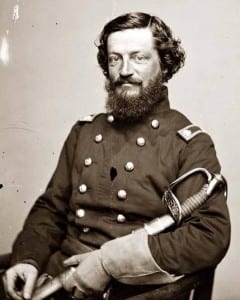 In the late 1850’s General Thomas L. Kane came to McKean County for the newly formed McKean and Elk Land and Improvement Company. Judge John K. Kane, General Kane’s father, in a partnership with others, owned land that is now the towns of Kane and Mt. Jewett. General Kane came to the area to survey the land and to assess the value of the forest and mineral resources. It was while he was surveying the territory that he fell in love with the area on the west end of ‘the big level’ that eventually became Kane.

The community was known by several names in the early days including Clarion Summit, Lamont and Kane Summit. It was shortened to Kane once a post office was established in 1864. Kane also has been called “The Icebox of Pennsylvania” due to extremely cold winters. 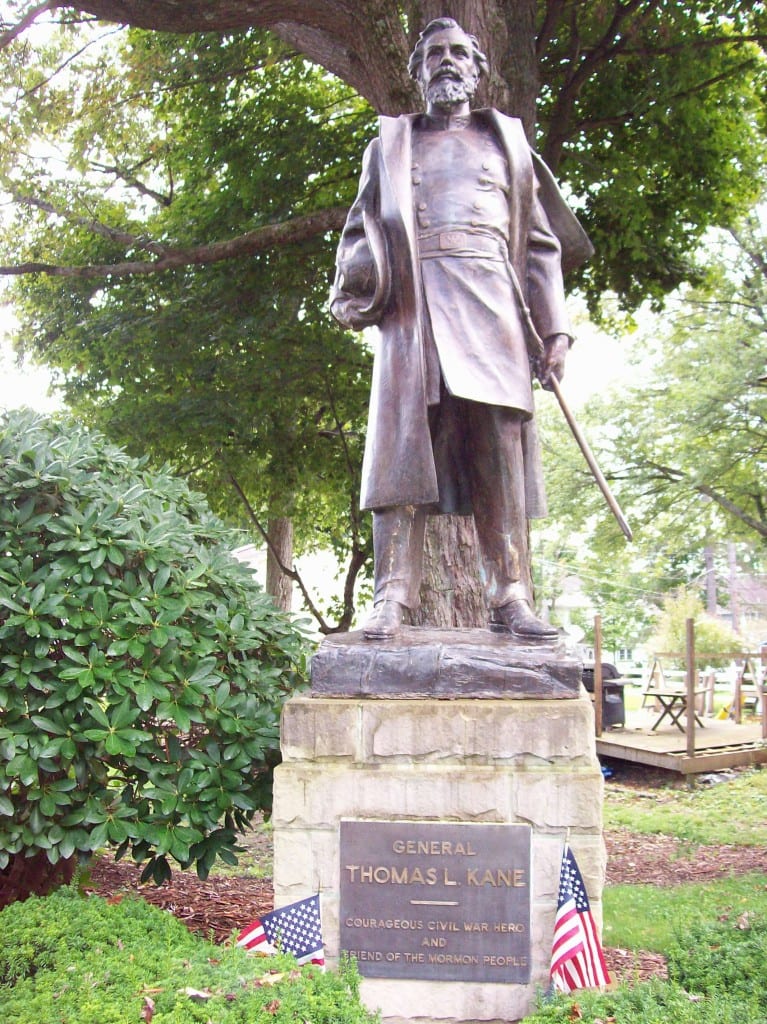 Born in 1822, Thomas L. Kane was the son of Judge John K. Kane from Philadelphia. In the 1850’s Thomas worked in his father’s courtroom in Independence Hall.

He was known as a friend of the Mormons, though he was not a Mormon himself. He intervened, averting a war between the US Government and the Mormon people.

At the outbreak of the Civil War Kane was the first Pennsylvanian to volunteer his services to the governor and he then founded the famous Bucktail Regiment of the Pennsylvania Reserves.   This regiment consisted of men from the wilderness, marksmen who would be well known throughout the north and the south.  Kane hosted President Grant at his home here. 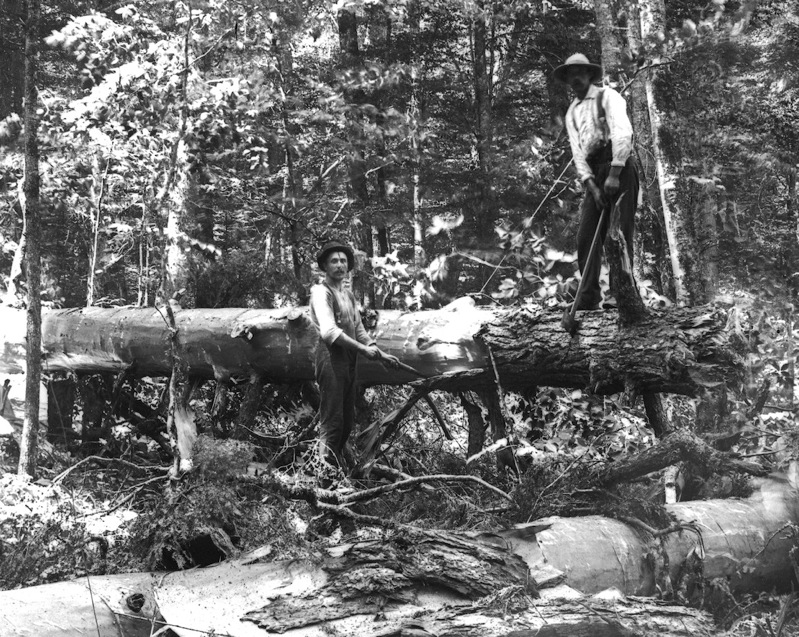 The early excitement in this area was in timber and coal. The timber industry is still important today with the highest quality Black Cherry hardwood in the world grown here. Kane is known as “The Black Cherry Capital of the World.” The Kane Hardwood sawmill, built here in 1973 was, at the time, the largest hardwood mill east of the Mississippi River.

The discovery of the Kane Oil field, in 1885, lead to a new surge of industry in the area. In the late 1880’s American Window Glass decided drilling their own natural gas wells would be beneficial for their business. They drilled some of the first wells in this area.

With huge gas wells being discovered, glass factories came because of the abundant supply of low cost gas and the availability of sandstone. Kane had two bottle plants and several window glass factories including the American Plate Glass Company in James City, three miles south of here. That plant was once the largest Plate Glass factory in the world, employing over 500 people.

Other major employers over the years included the Pennsylvania Railroad and Holgate, making brush handles and later wooden toys. The Stackpole Carbon Company had three plants here, two resistor factories and a magnet plant. The current deep, non-conventional shale gas excitement continues the area’s use of valuable in natural resources.

The Holgate Company started making wood handles in 1789. Holgate moved to Kane in 1884 because of the abundance of timber and natural gas.

In 1929 Holgate started making wooden educational toys under the leadership of Jarvis Rockwell, the brother of the American illustrator Norman Rockwell. Holgate pioneered the kindergarten toy industry, and Rockwell’s toy designs are still being made. Today, Holgate toys are assembled in the neighboring town of Bradford, PA.

The Kinzua Viaduct is the crowning railroad achievement of General Thomas L. Kane (1822-1883), the visionary, hero, and founder of Kane Pennsylvania (1864). Kane’s ambition to span the 2,053 feet of the Kinzua Valley became a reality with the help of imaginative designers like Chief Engineer Octave Chanute (1832-1910), the father of American aviation and mentor to the Wright Brothers. The Viaduct, when originally constructed of iron in 1882, was the highest railroad bridge on earth at 301 feet and considered by many to be the “8th Wonder of the World”. It soon became one of the most profitable lines of the Erie Railroad for its excursion popularity as “the closest thing to flying” and its freight capability. In 1900, again with the help of Octave Chanute, the Viaduct was rebuilt of steel in order to accommodate even heavier trains. This phase of prosperity ended on June 21, 1959 with the passing of the last regular train service over the Viaduct.

On August 16, 1963 Governor William Scranton signed a bill authorizing the establishment of Kinzua Bridge State Park. In 1977 the Kinzua Viaduct was placed on the National Register of Historic Places and in 1982 was designated as a National Historic Civil Engineering Landmark. In the mid-1980s.

In 2002 the Viaduct was closed to all traffic and under repair when the storm event of July 21, 2003 toppled 11 of the 20 towers and severed the valley link. In August of 2011 the “Kinzua Bridge Sky Walk”, complete with glass bottom observation “via-deck”, opened and restored to visitors the stunning views and experiences from the near center of the valley which so inspired the early pioneer of flight and visitors for 120 years.

Today the treasured Viaduct still inspires many visitors as portions rest on the valley floor like a wind cast shadow, an eternal monument to grand visionaries and spanners of the wondrous valley. A new $20 million visitor center is being constructed and should be open in late 2015.

Born in 1867 near Milton, PA, Edward McCleery graduated as a physician from the University of Pennsylvania and Jefferson Medical College in Philadelphia. After graduating, he traveled west and practiced medicine in Cheyenne, Wyoming for two years before coming to Kane in 1894. While out west, Dr. McCleery became a great admirer of wolves. The wolves were threatened by extinction.

Dr. McCleery obtained his first wolf from Wyoming in January 1921 in which he named “Jerry.” He later obtained more wolves, bred those and eventually ended up with 40 pairs of wolves. Dr. McCleery lived at the corner of Pine Street and South Tionesta Avenue in Kane and kept a wolf farm there until citizens of Kane were disrupted by the wolves howling. He later moved the wolf farm along Route 6 between Kane and Mt. Jewett. The wolves were sold to Jack Lynch just prior to McCleery’s death in 1962.The wolf park operated at the Route 6 location until 1972. They were moved via train to the state of Washington and later to Wyoming, where they are now.